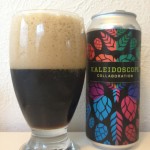 Like you, I’ve been watching the media circus surrounding Patrick Wensink’s Broken Piano for President and the world’s friendliest cease-and-desist letter. It’s been amazing watching a Bizarro title climb to the top of Amazon.com’s rankings, peaking just below the Fifty Shades of Grey trilogy (Note to Patrick: Next time, don’t forget to include ben wa balls in the book), not to mention the positive coverage in places like Boing Boing, The Atlantic, The New York Times, and Time Magazine.

Of course, my takeaway from all of this, based on comments left on these various news sites, is a realization that readers don’t understand the collaborative nature of publishing. It seems a solid majority of the readers out there think Patrick not only wrote the book, but came up with the cover as well. This just ain’t true.

Just like rock and roll, publishing is collaboration. Sure, there are one-man-bands like The Slow Poisoner, Andrew Goldfarb, but those are the exception, rather than the rule. You want a decent rock and roll band, you’re going to need a few co-conspirators. You play guitar and sing? Great. But to get a really full sound, you’re going to need at least a rhythm section: drums and bass. But you may need even more: stunt guitar for the wheedly-deedilies, keyboards to add a touch of warmth, background singers, horn section, somebody to run the mixing board, somebody else to sell T-shirts in the lobby.

In small press, most of the time, one person wears multiple hats. But we can’t go it alone. We collaborate. And that’s how we make art.

So tonight, in that spirit of collaboration, I’m knocking back a Kaleidoscope Collaboration Ale, from Devil’s Canyon Brewery, the result of an alliance between nine different brewers (Triple Voodoo, Pacific Brew Labs, High Water Brewing, Golden Mongoose, Phat Matt’s, Two Monkeys, MyBucha, Red Cup Lager, and Devil’s Canyon). Kaleidoscope is a black IPA with a few surprises, including a touch of green and black tea added to the mash.

Kaleidoscope Collaboration Ale pours a deep brown-black with just a touch of ruby red, and a thick old-piano-key colored head that leaves sticky clumps of lace all over the glass. Sweet, smoky malts on the nose, with aspects of citrus and pine hops, fresh-ground coffee, and chocolate. Chocolate and coffee on the tongue, with a big and bold initial bitterness. Smoky malts emerge as it warms. A touch of pepper, a touch of citrus, and a touch of herbal tea all linger on the palate. The tea is strange at first, but works, making this an unexpected summer cooler. Medium body, with tingly carbonation. Sweet, fruity, malty finish. Refreshing.

Originally reviewed on 07/26/12 at Bizarro Central.