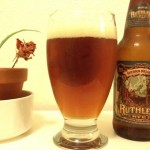 Another week gives way to another weekend. And what a busy week it was. I seem to be coordinating and correcting a ton of projects right now, having just wrapped up Jonathan Strahan’s The Best Science Fiction and Fantasy of the Year: Volume Six, and working concurrently on Ellen Datlow’s The Best Horror of the Year: Volume Four, Phil and Kaja Foglio’s Agatha H and the Clockwork Princess, Bradley P. Beaulieu’s The Straits of Galahesh, Laird Barron’s The Croning, and Mary Gentle’s The Black Opera. It’s a lot of juggling (and unfortunately, my training is in fire-breathing), but all the balls seem to be remaining in the air.

And good reviews are starting to hit for February’s NSB titles (all of which I edited), including W. G. Marshall’s Enormity [Review], Jennifer Safrey’s Tooth and Nail [Review], J. M. McDermott’s When We Were Executioners [Review], and Will McIntosh’s Hitchers [Review 1] [Review 2]. And a spot of week-making news: my anthology, The Book of Cthulhu, is now available in the Sonoma County Library system. Sounds like a great reason to crack open a cold one.

So I’m sampling a Ruthless Rye, from Sierra Nevada Brewing, a “complex ale for the tumultuous transition to spring.” Ruthless Rye pours a deep, translucent amber with a thick, fluffy white head. Heavy, sticky lacing clings to the glass in spattered arcs and snowdrift peaks. Earthy citrus hops and spicy rye on the nose, inviting. Citrus on the tongue; grapefruit and orange peel, followed by rye malt crispness, a touch of caramel, and peppery pine resin. Dry, spicy finish with a bitter rye kick. Medium mouthfeel, with plenty of carbonation. Ruthlessly drinkable.